I had just parked my car in the local library’s parking lot. My seventeen-year-old son, who I just picked up from his lacrosse practice, happily sat next to me. Until I told him of my agenda in the library. That’s when he looked at me with that withering expression teenagers perfect, shrugged apathetically, and returned to his iPod earphoned bliss. As I was alighting to proceed through my attendant tasks, he exploded that ‘reading is dead’ bomb on me. 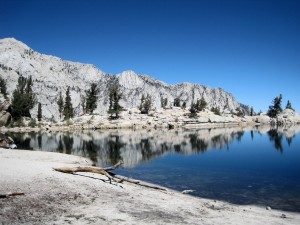 Being a teenager, I thought he was just being provocative, toying with his Poppa. Except…

Ten minutes later, I got back into the van and laid down my materials. He looked down at what I borrowed, looked at me, and said, “See. I told you reading was dead.” I smiled. I had borrowed two CD audio books and a DVD.

“Okay, Mr Smart Teenager”, I retorted. “If I don’t get information from reading, how do I?”

Quick was his counter. “The Web. Audio and video feeds.” He paused. “That’s why YouTube is so huge.” He smiled at me. “You know, that’s where the computer shows you movies and talks to you.”

I had to smile at that.

What could I say. He was right: YouTube is the number two search engine on the web.

But as we drove, he backed off a bit. This was after I pointed out that he was exchanging text messages. “See,” I said, “You’re engaging in a dead act.” (Don’t you just love payback as a parent?)

A reassessment. “Actually, Pops, what I really mean is that reading books is dead. People just don’t have the stamina for reading books anymore. Lots of pages; long chapters. Look at what we read now. Text messages, web pages, blogs, tweets, stuff like that.”

I thought about that for a bit, and said, “But books are still being published, and people are still buying them.”

“Seriously!” I looked over at him, with my own version of that withering smile.

And with that, he plugged back in.

I didn’t think too much about that on the way home, except for the part about the short book chapters. I have some of those books, I realized.

But things have a way of coming back at you and rearing their ugly heads. A few days later, I caught a snippet of a televised movie that brought me up short. The characters (cop-related) were discussing the degradation of society, when one said, “What I truly lament is that in a hundred years, no one will know how to read anymore.” Not “will not read” but “will not know how to read”. Is that where we are heading? This is communication at its most basic: the ability to read, cogitate, re-read only slower this time.

An onslaught of electronic communi­cation. In a recent blog, I wrote about my Kindle. What I didn’t mention is that many of the books that can be downloaded come with an audio component: the Kindle can read them to you. And that just adds to communication without reading. I can have web pages read to me. I listen to and watch recorded webinars; I listen to podcasts and webcasts; I watch You-Tube videos; I watch and listen to televised reports on newspaper sites instead of reading the accompanying articles. Our local Borders bookstore is closing soon. The one in Saratoga New York is already closed. The company is bankrupt. A visit to our local Barnes and Noble supports less reading: a huge amount of floor space dedicated to their Nook and its related products. There clearly is a movement afoot.

All in all, though, I’d have to say that my son is a bit off-base. Reading isn’t dead. But with so many other communication options available, reading appears to be dying. and the amount of material that can be read at a sitting is being dramatically reduced. It must be structured in smaller and smaller bites. This affects all sorts of communication besides books, such as instruction, reports, proposals, and marketing copy. Just take a look at any current college text and you’ll see what I mean: lots and lots of smaller chunks of text, scattered page layout, sidebars, and an overabundance of graphics.

One last point. Perhaps the greatest difficulty in writing is its detachment from the reader. You write; they read; and there is no interaction. It’s a true throw-it-over-the-wall situation. (Just think how easy it is to flame someone online, through an email, a post, or a text, when that same writer wouldn’t think of being that rude in person.)

Now a lot of written online text is accompanied by a comment section, so there can at least be the semblance of a dialog. Listening to audio and watching videos creates a higher level of human interaction that simply doesn’t exist with written text that is read. I, for one, revel in that movement toward increased humanity in communication.