After their meeting, the manager had a lot to consider. The team leader gave the manager the copy of The Levels of Edit§ to review. (§ The Levels of Edit, by Robert Van Buren and Mary Fran Buehler, published by the Jet Propulsion Laboratory (JPL), California Institute of Technology, Second Edition. See April 2012’s blog post for details.) Much of what the team said was clearly articulated in this booklet. 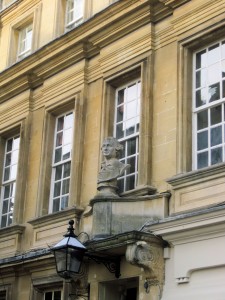 And to the manager’s delight, much more. The additional information would make life easier as they embarked on a measurable program of incorporating an editor into their process. Already the manager could envision a professional editor making their project studies, resource plans, technical reports, and business proposals easier to read and understand, and thus more readily accepted and adopted.

The section entitled “The Condition of the Manuscript” garnered these insights:

All these insights help predict the time and effort required of an editor, regardless of the level of editing involved. While assessing the actual amount of time creates a bit more work upfront, it clarifies the scheduling and budgeting for a project.

A final section described five extraordinary functions that an editor could perform whenever necessary. This, the manager found enlightening because there had been circumstances in the past when an editor could have helped out in many of these areas.

1. Add missing information. Sometimes team members were inundated and could use an editor to expand on their technical input and to research various points. Once the basic information or outline was provided, an editor could:

In other words, thought the manager, take an idea or concept and develop it further.

2. Edit difficult material. An editor can:

3. Handle multiple iterations. There were many instances when a document went through a number of cycles. An editor could keep track of all those changes, and ensure those changes were implemented correctly and in the proper order. This is especially true for summary tables and explanatory figures.

5. Perform unusual services. This function explained a plethora of tasks for an editor to perform.

The manager could think of one other extraordinary task for an editor: to act as the focal point for the written aspect of a project. When an editor managed all aspects of the document, including scheduling and timelines, others would be free to concentrate on the technical information. Incorporating such extraordinary editorial functions would certainly push the final document toward a more human connection.