The year you were born has a profound effect on how well you “get” social media and how comfortable you feel communicating through its numerous channels. The generations—Baby Boomers, Gen X, and Gen Y—all perceive and employ social media in markedly different ways. Understanding how these generations grew up sheds light on why this is so. It’s enlightening to appreciate everyone’s background and where people are coming from, since these are the people you communicate with every day. 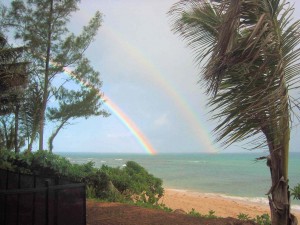 Baby Boomers. Most Baby Boomers simply don’t get social media. And why should they? Born at least 50 years ago, Boomers grew up when the interstate highway system was just being built; when many telephones were shared party lines; when calling long distance required operator assistance and was saved for Sunday afternoons (reserved for the few family members living out of town); when all your friends lived in your neighborhood and you went to their house to talk with them; when television was black and white, had only three stations, and was only broadcast during the day; when letters were written regularly; when essay test questions were answered by hand in “blue books”; when the library was for conducting research; and when record players spun 45s of Elvis embodying the breathtaking new sound of rock ’n’ roll.

In that existence was a lot of time for personal interaction, face-to-face talking, and the patience for waiting. Social media is alien to that Boomer existence. Boomers ask: Where’s my privacy? How can I thrive with all these interruptions? Can’t I just talk to you? Do I really need to know what you are doing right now?!

Gen X. For this transitional generation, social media is a bit easier to get, but still, there is a bit of detachment. Gen Xers, now in their 30s and 40s, grew up with the proliferation of computers; with green screen terminals morphing into desktop computers; when email, word processors, and desktop publishing spawned electronic communication; when the World Wide Web was liberated from the dusty halls of academia; when work environments increasingly became international and neighborhoods became developments; when television transformed into 24-hour cable with its incumbent dozens of channels; when overnight delivery mushroomed; when essay answers were written on word processors; and when Elvis acted in B movies and crooned formula tunes on tacky, remote beach sets.

Gen Xers border the simpler lives of their Boomer parents, as well as the convoluted lives of their Gen Y children. Gen Xers began the transition from interpersonal to electronic communication, so they can more easily accept the constant communication by machine and the interruptive nature and eroding of privacy engendered by social media.

Gen Y. Born plugged in, Gen Y is digitally active and about to turn 30. For them, everything is now. For their entire lives, everything has been computerized; physical boundaries have never existed, enabling global awareness; mobile phones have keyboards, so communication by voice, text, and images is immediate; long distance is irrelevant; Internet access has always been at their fingertips, replacing archaic cable television and libraries; eroding physical neighborhoods have been replaced with online social networks of friends, many of whom are not physically known, with varying levels of privilege—yet these friends mean everything; essay answers are emailed to teachers; music is downloaded, transported, and played on devices not much bigger then a credit card; and they ask: Elvis who?

Perhaps there has never been a generation of teenagers and 20-year-olds who have had such a profound influence on society as Gen Y. They get social media because they live it every moment; they created it and continue to define it.

Where does that leave us? The metamorphosis caused by social media wreaks a measure of tumult on communication that is at once both arresting and exhilarating. Troublesome issues of interruptions, privacy, immediacy, and checks and balances have all surfaced. Clearly, the different generations approach and embrace social media at decidedly different levels. Consider how each generation handles the following social media issues.

Interruptions. Constant. And it’s expected that you will allow yourself to be interrupted. Forgetting your mobile phone borders on panic. It’s not uncommon to respond to a text message while watching a movie and surfing the Internet. As a result, everyone’s attention span is becoming shorter and shorter. Communication must be short and visual, thus the rapid advent of text messaging, tweeting, and video blogging.

Privacy. Gone. What happened to it? Social networking sites, blogging, and streaming video enabled showcasing the intricacies of your personal and professional life to the world. Boomers see this as eroding privacy; Gen X doesn’t mind; Gen Y embraces it. After all, only your “friends” are seeing it, right? This rampant indifference for privacy has suffered some blows lately, as seedy revelations posted on people’s networking pages have had a negative impact on their livelihoods.

Immediacy. It used to be that when your phone call went unanswered, only you knew. There was a certain finality in it. You moved on. Then answering machines came along. While initial adopters were considered pariahs (must I talk to a machine?), answering machines became essential and expected to the point where only pariahs didn’t own one. Now contact seems instantaneous and unavoidable. With caller ID, missed call logs, text messages, picture messages, email, instant messenger, and social network mail, it is. And this all happened without any transition period.

Checks and balances. What ever happened to editors? Online postings are rife with typographical errors, grammatical mistakes, and misused words. When this is passing for journalism, the quality and accuracy of content becomes questionable. Postings littered with links oftentimes give readers the illusion of well-researched thought, when in actuality what you are reading is simply myopic ramblings. How are you coping with it all?

The bottom line. Our youngest generation sets the tone while the rest of us struggle to engage. Baby Boomers created television. Gen Xers took television to the next level of cable and satellite, and watched the spawning of an Internet accessible to everyone. Gen Y is taking the Internet and the World Wide Web to the next level—social media.

[Note: This post originally appeared in my “Social Media Insights” column in the May 2009 issue of Intercom, the magazine of the Society for Technical Communication (STC).]