Twitter is all about sending and receiving 140-character (or less) comments. In other words, short text messages. Twitter is based on a bird metaphor. So, in Twitter-speak, messages are called “tweets.” This appears to be the electronic equivalent of the phrase, “Oh, a little birdie told me,” which is what my mother used to tell me whenever I wanted to know the source of her knowledge about some transgression of mine that she gleefully related, with a wry smile.

If you are not yet using Twitter, here are some basics to get you started. It’s quick and easy to establish an account and set up your home page. For experienced Twitter users, perhaps you’ll pick up some useful tips. 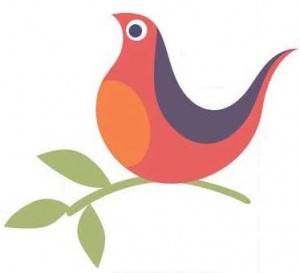 Tweeting. Tweets can be about virtually anything. Twitter suggests answering the question, “What are you doing?” But as one well-known wag put it, “Who cares what you’re doing right now, anyway?” I heartily concur. So if you’re not answering Twitter’s query, what do you tweet? You tweet anything that your followers will find worthwhile, and perhaps their followers as well, and their followers, and on and on. Why? Because tweets can be retweeted— in other words, sent along to other followers. Tweeting can quickly become viral.

Whenever you send a tweet, Twitter increases your “Updates” counter on your home page. (I don’t know why Twitter just doesn’t call these “Tweets,” but, oh well.) This counter is a good way to tell if someone is actually sending tweets. When you visit their Twitter page, you can browse through their tweets and assess their value.

Forwarding a tweet to your followers is called retweeting. A retweet contains four parts with a space between each one: the letters “RT,” an attribution to the original tweeter with @username, relevant text from the tweet (such as a link) or the entire tweet, and possibly your added comment. Why retweet? Reasons include forwarding tweets your followers would find interesting and spreading breaking news.

To enhance the chances of your tweets getting retweeted, don’t use all 140 characters. Instead, shorten your tweets by the number of characters it would take to retweet them. For instance (Caution! A little math here), someone would have to write “RT @ richmaggiani” at the beginning of my posts to retweet them. This takes up 16 characters; 17 when you include the space needed before attaching my post. Doing a little subtraction, this means my posts should be, at most, 123 characters long (140 minus 17).

Get Followers by Following. Before you can follow and be followed, you must create an account and complete your Twitter profile. You might be tempted to skip or skimp on your profile; I suggest you don’t, since it’s your profile that gives others information about who you are. This can help you build a Twitter community that includes like-minded people. And be sure to include a photo or some other graphic image that indicates something about who you are. Many users simply do not follow others without profiles or photos, myself included. I like to know— and see—who I’m following (although I do make exceptions for organizations and people I know personally).

In order to get followers, you begin by following others. Once you follow people, they receive an email regarding that fact (if they ticked that box in the Twitter Settings) and can then follow you—if they choose. Look through your Facebook buddies, LinkedIn connections, past emails, contact lists, and those business cards you’ve collected for people to follow, and then search for them using Twitter’s built-in tools:

There are many other ways to find people, especially top influencers in your chosen field. Go to http://wefollow.com to find people via tags. For example, enter “celebrity” or “blogger” as a tag and see who you find. I’ll let you judge the value of finding people to follow using methods like these.

And some final words on followers and following: Decide on a strategy for following. Some people follow everyone who follows them; some pick and choose their followers. Just because someone follows you, doesn’t mean you have to follow them. Show some discretion; don’t bother following the person who has 12 followers, is following 532, and has sent only one update. Some people grow their followers and followings to huge numbers, to the tens and hundreds of thousands, even millions (of course, those people are famous: check out @BarackObama or @Pogue, this year’s STC annual conference keynoter). What do you want: quality, quantity, or both?

For the most part, unless you are a celebrity or a recognized thought guru, balance your number of followings and followers— keeping them within 10 percent of each other is a good idea. And send a valuable tweet fairly often. One of the most important aspects of being on Twitter is to engage in the discourse. This helps build your Twitter community.

Including Links in Your Tweets. With only 140 characters, you don’t have a lot of room to include lengthy URLs in your tweets. Thus, the advent of tiny URLs created through services creatively called URL shorteners. URL shorteners translate any URL into a tiny URL. (For example, one of my blog entry URLs is 92 characters: http://www.solari.net/toward-humanity/2009/06/08/promoting-your-company-through-social-media/. I translated it into a tiny URL of only 19 characters: http://bit.ly/W9DVt.) Some URL shorteners tempt you with other goodies, such as tracking click-throughs.

So here’s a short (and in no way complete) compendium of URL shorteners and some of the features they offer:

Everything is not perfect with shortened URLs, though. Some shortened URLs lose the link to the original site over time, or they simply expire. If the service used to create the shortened URL ceases to exist or goes down or is temporarily unavailable, the link will not work.

Almost all shortened URLs have no context, which means you have no idea where you are going when you click on one. You can quickly get the topic of my blog post from its URL, but not from its shortened version. Some corporate IT departments disable all shortened URLs because of firewalls or other restrictions. To combat this, some services allow you to create a shortened URL with a preview option. Clicking it shows a translation of the shortened URL back to the original URL with its inherent context. You can then decide to proceed to that page. You can also (ironically) go to http://untiny.me to expand any shortened URL.

The State of the Twittersphere. This is merely the tip of the Twitter iceberg. There are many (too many?) tools and services available to create, track, send, read, search, categorize, group, follow, and be followed, as well as tips, rules, steps, and etiquettes for using Twitter—a seemingly simple yet complex tool. I’ll address some of the more prevalent and useful tools in a future column, as well as more tips that can enable you to get the most out of Twitter.

[Note: This post originally appeared in my “Social Media Insights” column in the September/October 2009 issue of Intercom, the magazine of the Society for Technical Communication (STC).]